My personal favorite from Kerry’s live-tweet

Just in case you forgot what Sandbar was….#SANDBAR 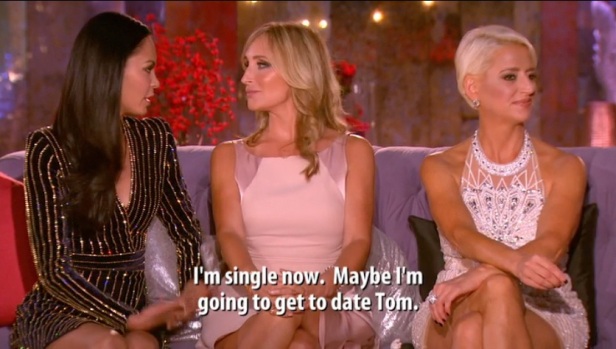 Best moment from this whole conversation.

Ladies?  I promise you this- your soul mate is NOT the guy who makes out with           randos in bars while engaged to you.  The list of Things I Know is so very short, but this is on it.

3 thoughts on “Liz’s #10thoughts on The Real Housewives of New York – Reunion Pt. 2 – Seriously, can we please stop talking about Tom?”